Overall Rating
4.5 /5.0
How do we work out the overall scoring and star rating? This is a combination of the in-depth analysis rating and the user reviews. But it's more than just an average of all the reviews. We take into account many factors, like the age and number of user reviews.
Write review
Visit site Get started
SummaryIn-Depth AnalysisUser Reviews (0)Q&A (0)
"PIA VPN is a good value for money "
Price
Ease Of Use
Features
Help And Support
Pros
Cons

Private Internet Access (PIA) was established in 2010 in Michigan, United States and was acquired by the London, UK-based Kape Technologies in 2019, which also owns CyberGhost VPN and Zenmate. They develop a virtual private network (VPN) application that offers all the required features of a VPN service.

PIA offers three basic plans, which include a month-by-month plan, a yearly plan and a two-year plan. All the plans offer the same features and level of service unlike some other VPN providers, so you get 10 simultaneous connections with each plan. They do not offer a money-back guarantee but you can request a refund within the first 30 days of the last payment for all long-term contracts.

PIA VPN does not offer any exclusive features you cannot find in other reliable VPNs. On the other hand, PIA VPN offers IP masking, data encryption, IPv6 leak protection, DNS leak protection, and a firewall as well as ad and malware blocking. The app also supports advanced features like automatic kill switch, malware and tracking protection as well as port forwarding.

PIA’s current corporate offices are located in Greenwood Village, Colorado while the company is governed by US legislation. They claim that the company has adopted a strict no-logs policy but you should be aware that both PIA and their parent company are incorporated in countries that are members of the 5 Eye alliance.

PIA VPN is using AES 128-bit encryption and supports the OpenVPN and the older L2TP/IPSec as well as the latest WireGuard protocol. You can also connect to P2P file-sharing networks and BitTorrent on their VPN servers. No connections to the Tor anonymizer are allowed and no multihop connections are available.

Running speed tests with PIA VPN reveals inconsistent speeds on one and the same server and in some cases, you can get half the speed on the same server within minutes and during different connection sessions. The speeds for some locations are noticeably slow, which can be a problem even for casual browsing. PIA offers unlimited data traffic and unlimited bandwidth while you can connect to one of their servers in seconds. Switching servers is also easy. The VPN app provides support for split tunneling, which means that you can select which applications to connect to the Internet directly and which to use the VPN connection for faster speeds. 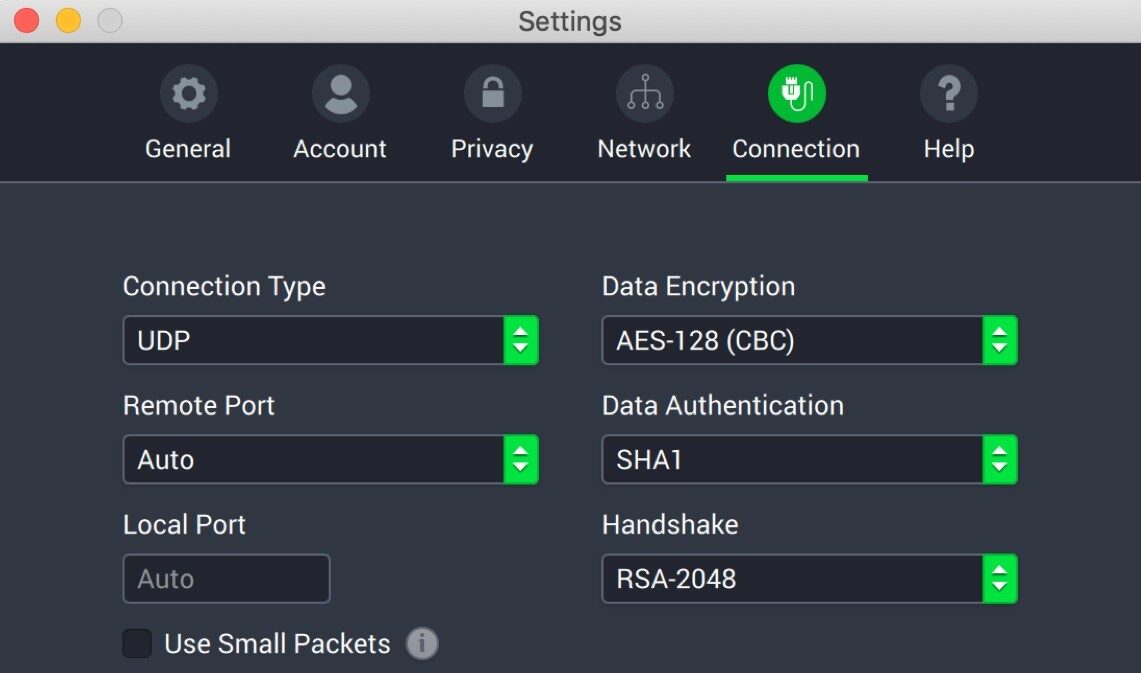 The latest versions of the PIA VPN application are pretty easy to use even for novice users.
The desktop version of PIA is available for Windows, macOS and Linux. Native mobile apps are available for Android 5.0 and above as well as for iOS 11 and newer. There are browser extensions for Chrome and Firefox.

Installing both the desktop and the mobile version is pretty straightforward and there are detailed installation guides on PIA’s website about each version.

The Help & Support section of PIA’s official website offers plenty of information in the form of guides, a knowledge base and a community forum (the forum is scheduled for suspension though). There is an extensive FAQ section as well.
Their customer support agents are online 24/7 and you contact them by email through a special contact form or start a live chat with an agent. No phone support is available and no video guides are offered. The News section in Help & Support provides product news.

FAQ
There is an extensive FAQ section available
Final Word

PIA VPN is a good value for money although it lacks some advanced features and protections provided by other VPN services. The most noticeable advantage of PIA is that you can have up to 10 simultaneous connections and the plan's prices are below the industry average. On the downside, their servers show below the average speeds on many occasions and while they announce a no-logs policy their terms and conditions are a little obscure. PIA VPN also does not work for China, or rarely works, but the same is true for many other VPNs.